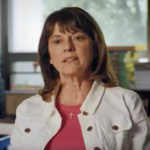 Vukmir, of Brookfield, announced her candidacy on Thursday and released a campaign video. She spoke on WTAQ‘s Jerry Badher Show about what shes sees as the problems of a dysfunctional Congress, and why she would be different.

“We need strong, consistent conservatives in the U-S Senate and we wouldn’t be dealing with some of the situations we’re having right now,” Vukmir said.

She cited Congress raising the nation’s debt limit when the nation is in a financial bind. “Here in Wisconsin the people know that if you max out your credit card you can’t just increase your limit and borrow more.”

Vukmir is hoping to be the Republican who will oppose Baldwin in 2018. “She really is Washington. She is part of the problem. She is a politician who goes to D.C. to talk, but really doesn’t get anything done.”

Vukmir, a registered nurse and member of the legislature’s Joint Finance Committee, has been a member of the state senate since 2011 after previous service in the Assembly. She is the second Republican to enter the race, joining former U.S. Marine Kevin Nicholson. Madison businessman Eric Hovde is considering it.