You are here: Home / News / Walker weighs in on NFL national anthem controversy 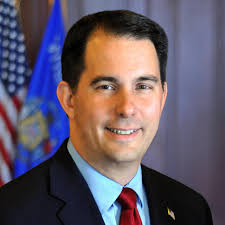 Governor Scott Walker says he’s not going to tell others what they should or shouldn’t do during the national anthem.

Walker discussed the controversy surrounding players protesting racial inequality by kneeling during the national anthem at games during a stop in Green Bay Wednesday. The protests have been the focus of intense debate, after President Donald Trump argued that NFL owners should fire players who choose to kneel during the anthem.

The governor said he stands for the anthem, and puts his hand over his heart, for all the veterans and people fighting around the world.

Green Bay Packers players are asking fans to join them by locking arms with each other before tonight’s game against the Chicago Bears at Lambeau Field.