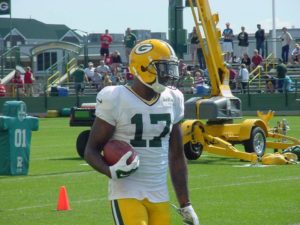 Adams had to be taken from the field on a stretcher during the third quarter of the Packers’ 35-14 win.

Packers coach Mike McCarthy said Adams is home but everything looks good.  Adams is now in the teams concussion protocol.

Trevathan will be eligible to return to the Bears’ roster on Oct. 16, although he can appeal the ruling.