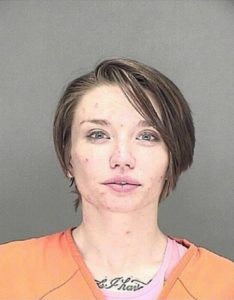 Formal charges have been filed against the daughter of a state Representative in the drug overdose death of 31-year-old Jennifer Skeen, who was pregnant at the time.

Cassandra Nygren, daughter of State Representative John Nygren, made her court appearance in Brown County court Thursday, and was charged with 10 counts, which included two felony counts of 1st Degree Reckless Homicide, two counts of Manufacture and Deliver of Heroin and one count each of Maintaining a Drug Trafficking place and Possession of Narcotic Drugs.

Nygren was also charged with four misdemeanor charges, which included Child Neglect, Possession of a Controlled Substance, Possession of Drug Paraphernalia and Resisting or Obstructing and Officer.

In court last week, Nygren’s bond was set at $50,000. Her boyfriend, Shawn Gray was also arrested in the case. He is due in court on Friday.