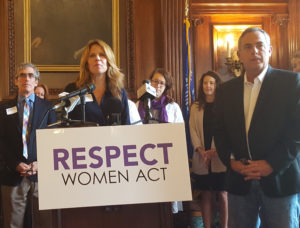 Democrats in the state Legislature are proposing a package of bills they say is aimed at protecting the reproductive health rights of women.

State Representative Chris Taylor (D-Madison), a sponsor of the package, said every woman has the right to access reproductive health care services “that protects her health, that provides her with medically accurate information, and that is provided in a safe environment…free from harassment and intimidation.”

Similar bills have been proposed in previous sessions, but have failed to advance through the Republican-controlled Legislature. Despite the proposals likely facing a similar fate this session, Senator Jon Erpenbach (D-Middleton) said it’s important to have these discussions so the public is aware of what the GOP has been doing. “We’re going to keep introducing this legislation until hopefully someday it does become law,” he said.