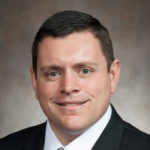 Legislation that would allow for the cultivation of industrial hemp in Wisconsin is moving forward. The state Senate’s agriculture committee voted unanimously on Wednesday, to pass a bill from Stevens Point Republican Patrick Testin.

“We now have a chance to reintroduce a crop that Wisconsin was once a national leader, and unfortunatel for like the last 60 years we haven’t been able to grow it” Testin said.

The federal farm bill allows states to enact rules for industrial hemp, and many have done so, including neighboring Minnesota, Michigan and Illinois. Testin’s bill, and a companion measure in the Assembly, would would require state licenses for farmers planning to plant hemp as a crop.

Testin said law enforcement concerns can be addressed. “Hemp is not marijuana, marijuana is not hemp,” he said. “We’re very optimistic that through more education and more discussion, we’ll alleviate any concerns out there. Testin expects the bill to be ready for a vote in the full Senate by the end of this month or early November.