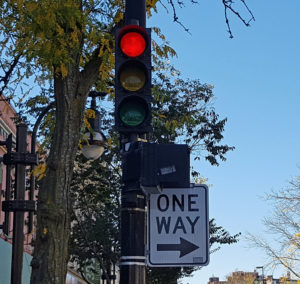 Following several deaths and injuries in Milwaukee due to reckless driving, a Democratic state lawmaker is pushing for legislation that would allow the city to use cameras to help enforce traffic laws.

Under current state law, police are not allowed to use the devices to catch speeders or those running red lights. A bill from state Representative David Crowley (D-Milwaukee) would ease that restriction for just Milwaukee, which he believes would give the city the tools it needs to go after reckless drivers.

Milwaukee Alderman Cavalier Johnson argues the state preemption is preventing the city from taking care of its own public safety issue.

Those caught breaking the law on camera could face fines of up to $100. While Crowley admits it’s not likely to wipe out the problem completely, he does believe it will make people think twice before speeding through an intersection or running a red light. “If you really want to make some change, you’ve gotta hit a person’s pocketbook,” he says.

Milwaukee has seen several high-profile cases involving people killed as a result of reckless drivers running through intersections and pedestrian crosswalks. The Wisconsin Bike Federation says 17 pedestrians have been killed in the city so far this year.

The cameras would be placed at high-risk intersections as part of a pilot program.