You are here: Home / Legislature / Nass says GOP senators being made into ‘scapegoats’ 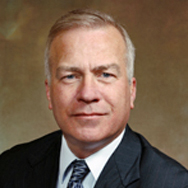 State Senator Steve Nass (R-Whitewater) was among three Republican lawmakers Vos accused of holding the state budget hostage, during an appearance on UpFront with Mike Gousha on Sunday. Nass, along with Senator Duey Stroebel and Chris Kapenga, only agreed to vote for the state budget in September after they had veto assurances from the governor.

While Vos said on Monday that he was sorry for using those words, he still raised concerns that the tactic could be used again. Nass argues that doesn’t really count as an apology. “There wasn’t any apology to myself, or Senator Stroebel or Senator Kapenga – it was an apology basically for using the language that he used.”

Nass say he’s a “big boy” and will get over it, although he is concerned that future attacks are likely and will be used to justify blocking legislation from conservatives in the Senate. “I think the attacks will probably continue, because he has to convince the public that we three Senators are rogue, we can’t be trusted, we’re terrorists…so that when he kills legislation, he can say it’s because of those three in the Senate,” Nass argues. “He himself will not take the hit.”

Legislation he sees as likely targets includes a bill that would allow gun owners to carry concealed weapons without a permit and proposed changes in asset forfeiture laws. “There’s no question in my mind there’s an agenda, there is legislation that will fall, and he’s trying to make us the scapegoat,” Nass says.

A spokesman for Vos did not immediately respond to a request for comment on Nass’ remarks.

As for the negotiating tactic that prompted Vos’ criticism in the first place, Nass says he stands by how he and his colleagues went about securing changes to the state budget that they felt were needed in order to support the plan. “We did what we thought was right, and it was right,” Nass says. “We’ll see where things go from here.”