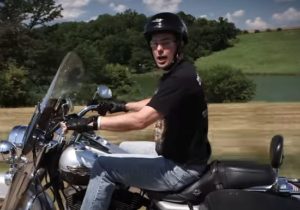 Republican Governor Scott Walker’s campaign is gearing up for his expected reelection bid, which he says in a fundraising announcement will be officially announced during the first full week of November.

Walker’s campaign posted a video online Wednesday that features images of the governor jogging and riding his Harley Davidson motorcycle, while he talks about his record over the past seven years. “More folks are working than ever before, because Wisconsin is open for business,” the governor narrates, adding that “there’s more to be done.”

Walker will be seeking a third four-year term in 2018. So far, nine Democrats have declared they plan to seek the party’s nomination to challenge the governor, while several other candidates are still considering whether they will enter the race.