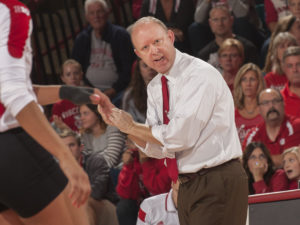 The seventh-ranked Wisconsin women’s volleyball team fell in four sets to the Michigan State Spartans in East Lansing on Saturday.  The Spartans pulled out a 22-25, 25-20, 25-22, 25-16 victory at Jenison Field House.  It’s the third straight loss for the Badgers.

Wisconsin hasn’t lost three-straight matches since 2015, when they lost to Arkansas at the end of the non-conference season followed by back-to-back Big Ten defeats against Penn State and Ohio State.

The Badgers return home to face number-4 Nebraska Wednesday night at the UW Field House.  The match will air live on the Big Ten Network at 8 p.m.