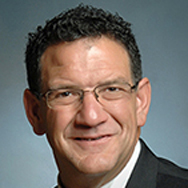 A proposed bill scheduled for a public hearing at the Capitol later this week would target a practice called “catfishing.”

The legislation from state Representative Bob Kulp (R-Stratford) would make it a misdemeanor to impersonate someone or use a false name on social media in order intimidate, harass, or receive some other benefit. Kulp says it’s become a concern as social media has made it easier to reach people while pretending to be someone else. “Anyone who has…had that happen, certainly feels violated,” he says.

Kulp says the current state law on the issue was last updated over a decade ago, and the change will help recognize the role social media plays in criminals trying to reach victims.

The bill is up for a hearing Thursday at the Capitol.