You are here: Home / Crime / Courts / One Wisconsin Now sues lawmakers for blocking it on Twitter 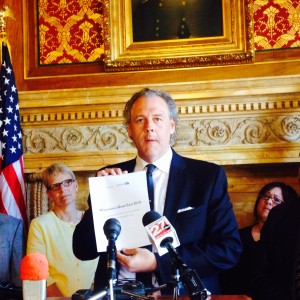 A liberal advocacy group has filed a federal lawsuit against three state lawmakers who blocked the organization’s Twitter account from following them and viewing material they post.

“Nobody made these government officials create this government-public forum,” he argues. “If you’re going to create it, everyone gets access…not just the people you agree with.”

Vos, Nygren, and Kremer did not respond to requests for comment on the lawsuit. However, Kremer did post on Twitter Wednesday that he is “probably one of the most accessible statesman in WI & carry on opposing viewpoint discussions regularly on social media.”