You are here: Home / News / Wisconsin deer harvest, license sales down slightly in 2017 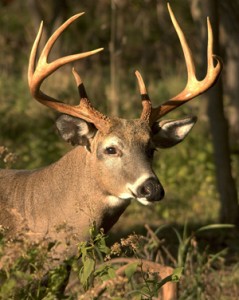 The numbers are in from the nine-day gun deer season, and hunters bounced back from a slower opening day.

The Department of Natural Resources says hunters bagged nearly 196,000 deer during the season that ended Sunday, down 0.8 percent from last year.

Kevin Wallenfang, big game manager for the DNR, says that after weather made it tough on opening day, the daily numbers for the rest of the season were higher than last year.

The totals from opening weekend were down 12 percent. Wallenfang says over the nine days, hunters registered more than 98,000 bucks, which was up 0.4 percent from a year ago. Buck numbers were better in the northern third of the state.

Fewer hunters hit the woods this year, with about 589,000 licenses sold – about two percent less than last year.