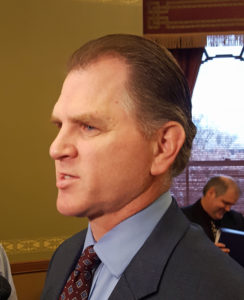 Members of the Wisconsin Elections Commission have voted to ask the Legislature to restore some of the jobs cut from agency in the state budget.

The panel voted unanimously Monday to ask lawmakers for funding for three positions, after the governor used his veto pen in September to cut five positions from the agency that lawmakers had agreed to fund.

“I have a concern that that’s going to put us behind,” commission administrator Mike Haas said after Monday’s unanimous vote. “We have projects going on constantly, and the risk is we may not get to projects…and the risk may not be evident until we get towards election time.”

If approved by the lawmakers, the workers would focus on day-to-day operations and security, following earlier reports that Russian hackers attempted to access state systems ahead of the 2016 elections. Commissioners received an update from state security officials Monday who said there have been no other significant security incidents this fall, although the agency is still working to implement new policies to safeguard against future attempts.