You are here: Home / Agriculture / Wisconsin farmers could soon be growing industrial hemp 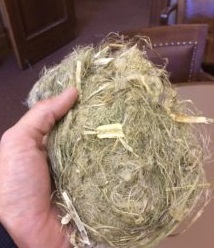 The state Assembly has approved legislation that could allow Wisconsin farmers to grow industrial hemp.

The bill, which passed the Senate earlier this week, would create a state pilot program under which farmers can grow industrial hemp with a permit. State Representative Jesse Kremer (R-Kewaskum) says it will open a new market to farmers who may be looking for a more profitable crop. The Kewaskum Republican notes the plant has a variety of uses – including food, medicine, and car parts. “The opportunities for this produce are virtually limitless,” he says.

Hemp is increasingly being looked at by states after the 2014 federal farm bill opened the door for states to allow farmers to begin growing it again. Kremer says hemp has been unfairly treated like marijuana for decades, even though it contains low levels of THC that make it largely ineffective as a drug.

The legislation now heads to the governor’s desk. While Governor Scott Walker has not said whether he will sign the bill, Kremer believes he will.