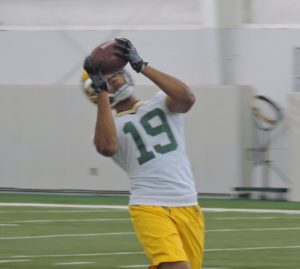 One day following the end of the Green Bay Packers rookie minicamp, the team announced the signing of eight players, including six of this years draft picks.

Missouri wide receiver J’Mon Moore is the highest of the draft picks to sign.  He was picked in the 4th round.

Both rookie free agent signees participated in the Packers rookie orientation camp this past weekend.