Family members of Nicholas and Justin Diemel, the Wisconsin brothers who were killed during a business trip to northwest Missouri, have filed a wrongful death lawsuit in Caldwell County. 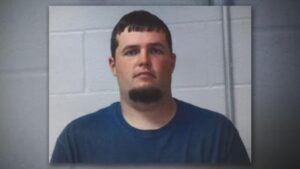 Pamela Diemel, the mother of the brothers, and Lisa, Nicholas’ wife, filed the suit against their accused murderer Garland Nelson, as well as his mother, Tommie Feil, and J4S Farm Enterprises, the Feil-owned farm company that employed Nelson.

The lawsuit alleges that J4S and Nelsons’ mother failed to use reasonable care to supervise the activities of Nelson. He was convicted in October 2016 of cattle and insurance fraud and served 17 months in federal prison. The lawsuit alleges the defendants knew of his previous illegal activities and did not disclose the information to the Diemel brothers when agreeing to care for their cattle.

The lawsuit seeks monetary damages to compensate for the brothers’ deaths, the loss of future wages, funeral expenses and pain and suffering.