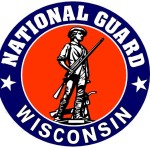 Governor Tony Evers has appointed a new Adjutant General of the Wisconsin National Guard. The appointment of Brigadier General Paul Knapp comes after Major General Donald Dunbar was asked to resign after his handling of sexual assault and harassment allegations.

Knapp will serve a 5-year term as the head of the Wisconsin National Guard and the Department of Military Affairs. Concurrent with his appointment as Adjutant General, Knapp will be promoted to the rank of Major General. Knapp is a native of Antigo, Wisconsin and has served in the Air Force and Air Force Reserve since 1992. He’s currently posted to the Air Force Nuclear Weapons Center.