You are here: Home / Sports / Bucks use size to beat Suns 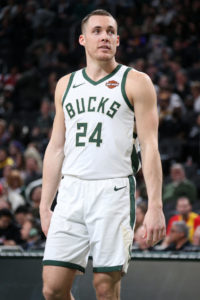