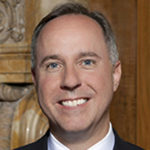 Less than a week after it was introduced, the state Assembly has sent a tax cut to Governor Tony Evers. And Speaker Robin Vos (R-Rochester) is eager to see what the Democratic governor does with it. “Whether or not what he said during the campaign, about standing with the middle class is true, or does he stand with the far left of this chamber, which is clearly out of touch with the state of Wisconsin.”

Evers wanted some of a $392-million state revenue surplus spent on K-12 schools, a wish reiterated by Assembly Democrats. “Let’s put the focus back where it belongs. On our schools, on education, on our children, on our families, on the hard working people of Wisconsin,” said Representative Lisa Subeck (D-Madison).

Representative Marisabel Cabrera (D-Milwaukee) made her first floor speech, and directed her comments at Vos, in Spanish, and then in English. “After all, it is the people who are in charge, not you Mr. Speaker.”

The bill would reduce the average income tax bill by $106, provide a $45 million decrease in personal property taxes paid by businesses, and use $100 million to pay down state debt. Republicans said it was the right move. “I’ve said it before and I’ll say it again: government will never, ever, ever spend your money better than you will,” said Representative Shannon Zimmerman (R-River Falls).

Thursday was the last Assembly floor action of the legislative session. Vos portrayed the session as a win for his caucus and the state. “Republicans are leading the way in Wisconsin in every way possible,” he said. 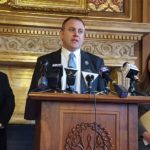 Minority Leader Gordon Hintz (D-Oshkosh) had a somewhat less rosy view. “This was a session that really began under the cloud of the lame duck, with a new Democratic governor whose powers were undermined before he was even sworn in,” Hintz said, adding that many good proposals never made it to the floor. “Remember, Governor Evers cannot sign laws if bills do not make it to his desk.”

Republicans in the Assembly were not alone in voting for the tax cut plan. Representatives Steve Doyle (D-Onalaska) and Nick Milroy (D- South Range) were yes votes. It got no Democratic votes in the Senate, where Republicans gavelled in early Thursday to vote passage.

While Thursday was the last day of action for the Assembly, the Senate is scheduled to be on the floor in March.