You are here: Home / Health / Medicine / Evers says most are masking up, despite non-enforcement by many sheriffs 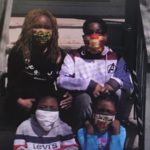 Wisconsin Governor Tony Evers believes a majority of Wisconsin residents are willingly complying with his statewide mask mandate to slow spread of COVID-19.

As for those who won’t: “We’ve had a leader in Washington D-C who has . . . flipped flopped on this issue, and as a result of that there is some disconcerting differences of a opinion.”

During a Tuesday media briefing, Evers said most people are obeying the mask order, much like they obey traffic laws and indoor smoking bans. “The majority of the people in Wisconsin obey the law, without the threat of everyday enforcement. Most people drive the speed limit, most people don’t drive on the left hand side of the road, most people don’t walk into a restaurant and light up a cigarette.”

While numerous Wisconsin sheriffs have stated that their offices will not be enforcing a statewide mask mandate, Evers’ chief legal counsel said most people are masking up anyway.

“I think while there are some sheriffs or other people who like to make a lot of noise about either enforcing it or not enforcing, the fact is I think most people get it,” Ryan Nilsestuen said. “They understand that wearing face covering is a very small action, that collectively we can have a really big impact on combating this disease.”