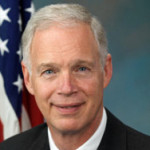 Senator Ron Johnson wants to hear from the postmaster general. The U.S. Senate’s Homeland Security and Governmental Affairs Committee, chaired by the Wisconsin Republican, will hold a hearing Friday to discuss the United States Postal Service’s finances and recent delays, as millions are voting by mail due to COVID-19 concerns.

In a statement, Johnson said Postmaster General Louis DeJoy “should have an opportunity to describe those realities before going before a hostile House committee determined to conduct a show trial.”

More than 800,000 voters in Wisconsin have already asked for an absentee ballot, according to the Wisconsin Elections Commission.

DeJoy announced in a statement Tuesday that the USPS will halt its controversial cost-cutting initiatives — canceling service reductions, reinstating overtime hours and ceasing the removal of mail-sorting machines and public collection boxes — until after the November election.