You are here: Home / Military / National Guard from three states deployed to Kenosha 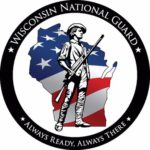 Wisconsin Adjutant General Paul Knapp says the increased presence of National Guard personnel – including some from other states – will help keep people safe in Kenosha.

“We’re here to preserve public safety, and the ability of individuals to exercise their first amendment rights to lawfully and peacefully demonstrate. That’s really the bottom line for the National Guard,” Knapp said Thursday during a press conference with Governor Tony Evers and Lieutenant Governor Mandela Barnes. “I think we can do better, and I think that we’re here to ensure that there’s an environment where we can do better.”

Additional Guard members with specialized training in handling civil unrest, will bolster the presence of the Wisconsin National Guard. “Alabama, Michigan and Arizona have offered to send their . . . Guard members here to Wisconsin, to assist in keeping the peace and keeping public safety.”

Knapp said the troops are not federalized and will be under his overall command. There are federal agents in Kenosha as well, including from the FBI and U.S. Marshall’s Service.