You are here: Home / News / Trump and Pence confirm Wisconsin visits next week

With his poll numbers flat, and COVID-19 cases increasing in Wisconsin, President Donald Trump is headed to the state next week, as Democrats open their largely virtual national convention in Milwaukee.

Trump will stop at Basler Flight Service in Oshkosh at 4:30 p.m. Monday, after an earlier stop in Mankato, Minnesota, according to his campaign. 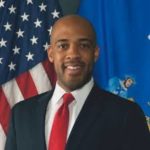 During a Friday media call from the Democratic Party of Wisconsin, Lieutenant Governor Mandela Barnes said it shows the president isn’t serious about addressing the pandemic.

“So as we battle COVID-19, we’re doing the responsible thing. Here in Wisconsin unfortunately we hit that benchmark of 1,000 deaths. And this is one of the reasons we’re not having an in person convention, it would not be responsible or safe for us to do so.”

Trump is expected to discuss presumptive Democratic nominee Joe Biden’s record on jobs and the economy during the stop in Oshkosh, but apparently not his administration’s coronavirus response.

“He is showing his lack of sincerity in addressing this issue in any sort of way, by scheduling an in person visit to Wisconsin,” Barnes said. “This is a very desperate move, but a move that will put lives at risk, including the people who are traveling with him, including his own.” According to the Office of the Vice President, Pence will be visiting Darien, to speak about “President Donald Trump’s strong record of putting the American worker first and implementing America First trade priorities.”

Governor Tony Evers said he hopes the president and vice president will wear a mask when indoors during their stops in Wisconsin.

“My expectation is they’re masking up,” Evers said Thursday. “That’s our expectation as a state.”