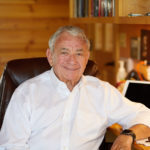 The University of Wisconsin System Board of Regents is including a request for an increase in spending in the budget proposal it will forward to the governor.

UW System is also seeking $1.2 billion in capital budget authority to renovate 2.9 million of the System’s more than 67 million square feet, or 4 percent.

The UW System’s 2021-23 operating and capital budget requests will now be forwarded to the state Department of Administration for consideration by Governor Tony Evers.

Regents gave their approval to the spending plan Thursday. It includes a tuition freeze that has already lasted seven years. It also includes a new program to cover the tuition for lower-income families and a request to be allowed to borrow up to a billion dollars to pay for losses sustained during the coronavirus pandemic.