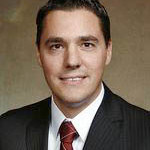 U.S. Secretary of State Mike Pompeo is scheduled to speak in the Senate chamber Monday morning. Pompeo is in Madison at the invitation of Senate President Roger Roth (R-Appleton).

Roth told WisPolitics.com last week the invitation came about after the Chinese consulate asked him to pass a resolution praising the communist government’s handling of the coronavirus and its transparency.

Roth instead proposed a resolution accusing the Communist Party of China of deliberately and intentionally misleading the world, drawing Pompeo’s attention.

The two connected over the resolution, and Roth extended the invitation, according to WisPolitics.

Roth also told WisPolitics that previously walked Senate Minority Leader Janet Bewley (D-Mason), through precautions being taken due to the COVID-19 pandemic. Those include spacing out chairs in the Senate chamber 6 feet apart, asking people to wear masks, and handing out face coverings to those who show up without one.

But Roth acknowledged there’s not much he can do if people refuse to wear a mask.

“I’m not going to have police standing by arresting legislators,” he said in a phone interview.