You are here: Home / News / Johnson moving ahead with committee hearing on presidential election 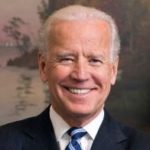 Even as Democratic President-elect Joe Biden has amassed the electoral votes to secure his White House win, U.S. Senator Ron Johnson of Wisconsin is moving forward with a committee hearing on the 2020 presidential election.

On WCLO’s “Your Talk Show” on Monday, the Oshkosh Republican said he has concerns about how the election was conducted.

“In the Town of Oshkosh, our county clerk does an extraordinarily good job, of putting controls to make sure that all votes that are legitimate are counted, but all votes are legitimate,” Johnson told host Tim Bremel. “I can’t say that’s the same in every precinct, every county throughout America.”

The Homeland Security and Governmental Affairs Committee, which Johnson chairs, will hold the hearing on Wednesday. Democrats have said that the hearing is designed to prop up unproven conspiracies.

Johnson, a strong supporter of President Trump who as of Monday had not stated that he considers Biden to be the election’s winner, insisted he wants to address legitimate concerns, which he said would be done without partisan bias.

“I’m just trying to look at the facts. I’m uncovering an awful lot that should give people comfort in the validity of our elections,” Johnson said. “But I’m also not able to answer a bunch of questions too, which concern me.”

Among those expected to testify at the hearing are Ken Starr, the former independent counsel who investigated Democrat Bill Clinton during his presidency. CNN also reported that Johnson also invited Jim Troupis, a Republican attorney who represented the Trump campaign in an unsuccessful lawsuit in Wisconsin.

Johnson said on WCLO that up to 60 million Americans do not believe the presidential election won by Biden and running mate Kamala Harris was legitimate – and he blamed that on Democrats. “That’s a problem, that’s not sustainable. It really started big time in 2016, when Democrats refused to consider President Trump legitimate. And they blamed it all on Russia.”