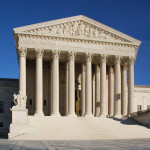 The U.S. Supreme Court has rejected a Texas lawsuit challenging election results in Wisconsin and three other states that went for Democrat Joe Biden.

The suit originated from Texas Attorney General Ken Paxton, joined by Republican AGs from numerous other states. Republican members of Congress including Tom Tiffany of Wisconsin signed on in support. But the justices, including recent Trump appointee Amy Coney Barrett, said Texas has no say in how another state conducts its elections.

That seemingly clears the way for state electors to convene Monday, and all but confirm Biden as the nation’s 46th president.

President Trump’s lawsuit seeking to invalidate in-person absentee votes in Dane and Milwaukee Counties is back before the state Supreme Court. 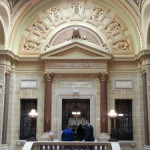 The Trump campaign filed the lawsuit directly with the state Supreme Court, which declined to hear it last week on a 4-3 vote. The majority said the suit should have originated in circuit court.

A judge in Racine County on Friday said there is no credible evidence of misconduct or wide-scale fraud. Trump attorney Jim Troupis promptly appealed, and now the state Supreme Court will hold arguments in the case at noon today – Saturday.

On Monday at noon, Wisconsin’s 10 electoral votes are scheduled to be awarded to Democrat Joe Biden.