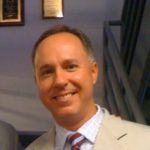 A good bill, according to Speaker Robin Vos (R-Rochster). “It’s a good bill that resulted in lots of discussions. It started it out with myself and Governor Evers, myself and (the) Senate majority leader. Unfortunately then Governor Evers walked away from the table, thinking he could kind of dictate what the terms of the deal would be.”

“Everything in here is something that is modeled off of good ideas,” Vos said. “It’s modeled after past practice. And in many cases it’s modeled after what other states with divided government have been able to accomplish.”

Speaking on behalf of Democrats was newly elected Representative Sara Rodriguez of Brookfield. “This virus doesn’t care if you’re a Democrat or a Republican. It’s going to take all of us together to weather the storm to get through this crisis. This includes not stripping local control from schools and public health departments, as this bill does,” Rodriguez said.

“Let’s work together, on a comprehensive bipartisan solution to the COVID-19 pandemic.”

State Senate Majority Leader Devin LeMahieu (R-Oostburg) has already said his caucus is not supportive of the bill which, even it were to pass that chamber, would face a likely veto from the governor.