You are here: Home / News / Kind calls out his November opponent for siding with Capitol takeover mob 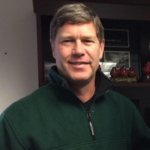 Wisconsin Congressman Ron Kind said Wednesday that his Republican opponent in the November election was part of the mob of Trump supporters which swarmed the U.S. Capitol building and grounds on Wednesday.

“Derrick Van Orden is standing side by side with these hooligans, in their assault against the Capitol,” Kind said during a Wednesday ZOOM call with reporters from his Capitol office. “(It’s) very disappointing for him to be engaged in that activity.” Kind did not say how he knew Van Orden was a participant in Wednesday’s unrest.

“This was something that the President of the United States was actually encouraging,” Kind said. “The president, a day before these demonstrations were supposed to take place, was encouraging this type of activity, claiming that it was going to be quote ‘wild.'”

Kind also said he’s more concerned over the Constitutional damage that’s been done through the efforts to prevent the certification of President-elect Joe Biden, by factions of the Republican Party and the President.

Hours after the Trump supporters had been cleared from the building, Wisconsin House Republicans Scott Fitzgerald and Tom Tiffany voted to object to the Electoral College results.

Fitzgerald had not said how he was going to vote before the chaos and delayed vote. In all, just over 120 House Republicans voted to object.

WSAU contributed to this report