Democratic leaders in the Wisconsin legislature think the state may be edging closer to legalizing medical marijuana. State Senate Minority Leader Janet Bewley (D-Mason) told WisPolitics on Thursday that she thinks a standalone bill to legalize medical cannabis could pass. “I believe it could pass as a standalone, but for now it’s in the budget.”

“I’m glad that he’s put it out there, I think the proposal alone accelerates the discussion,” Hintz told WisPolitics. “And I think we will eventually get there. I just don’t know if it’s in the next six months or the next decade.”

Republicans on the legislature’s budget panel have already rejected legalization through the budget process. 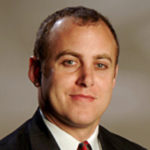 Hintz said he’s discussed the legalization issue with officials in Colorado, where cannabis was legalized in a 2012 referendum. He said the consensus there is that a greater public education effort would have been helpful prior to the start of legal marijuana sales.

“There’s still a lot of people in the state that have had no exposure, no understanding, to who the proposal just sounds so radical, based on their 11th grade health class in the early 70’s,” Hintz said.

“I certainly don’t think that kind of a topic should be in as part of the budget, this session anyway,” state Senator Howard Marklein (R-Spring Green) said last month.