The attorney in charge of a Republican investigation into results of the 2021 presidential election in Wisconsin dropped in on Tuesday night’s Green Bay Common Council meeting.

Michael Gableman told alders he was in town for other other meetings and wanted to introduce himself to the council.

The former conservative state Supreme Court justice explained that “the vast majority of American citizens have no idea how elections are supposed to be administered.”

In an interview with the Journal Sentinel before he addressed the council, Gableman said he also does not have “a comprehensive understanding” of how elections work.

Gableman – who this week issued subpoenas to the mayors of Wisconsin’s five largest cities – also said an October 31 deadline for him to complete his work was unrealistic. That date was set by Assembly Speaker Robin Vos, who hired Gableman to oversee the review.

“There’s been a lot of concerns raised about influence of private organizations – such as Center For Tech and Civic Life – participating directly in the administration of public elections,” Gableman said in response to a question about the scope of his investigation. “Finally, there is great concern by many citizens over the reliability, the accurate nature, of the voting machines.” 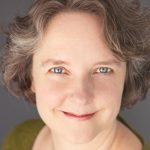 Madison Mayor Satya Rhodes-Conway, one of the mayors subpoenaed, tooks Republicans in the legislature to task, for attempting to change Wisconsin election laws following Donald Trump’s loss in the state last year.

“There’s a lot of Republicans that one elections using those same laws. The same ballots, the same voting equipment, the same polling places, that voters used to elect President Biden and other Democrats.”

Rhodes-Conway said that to this point, the election review headed by Gableman has been confusing.

Rhodes-Conway said the level of what’s being requested by Gableman’s office of special prosecutor is “unprecedented,” and it’s unclear whether the city will be physically able to comply.