You are here: Home / Archives for Alec Ingold

A Doak Walker Award finalist for the second straight season, Taylor leads the nation in rushing with 1,989 yards and an END_OF_DOCUMENT_TOKEN_TO_BE_REPLACED

It is back to the drawing board for the 16th ranked Wisconsin Badgers today, following their shocking 24-21 loss to the BYU Cougars on Saturday.

BYU was a three touchdown underdog, yet outplayed Wisconsin, handing the Badgers their first non-conference home loss at Camp Randall Stadium dating back to 2003.

To make matters worse, the Badgers lost outside linebacker Andrew Van Ginkel and tight end Zander Neuville with leg injuries in the first half.

The Cougars attacked the Badger defense with a number of jet sweeps, which opened up the running game for BYU tailback Squally Canada.  He rushed for 118 yards on 11 carries with two touchdowns.

Wisconsin running back Jonathan Taylor came in averaging 7.8 yards a carry and 199.0 yards per game rushing.  He finished with 117 yards on 26 carries and a 4.5 yards per carry average.  His longest carry went for 15 yards.

Wisconsin must now regroup quickly.  The Badgers open Big Ten play this Saturday night in Iowa City against the Hawkeyes.

At the moment, the Wisconsin Badgers are preparing for their Big Ten Conference opener at Michigan State with questions concerning their running game.

Fifth-year senior Dare Ogunbowale is the only healthy tailback at the moment.

There’s still time left before Saturday’s game, so there’s still a chance to get one or more of those running backs back in the fold.

Starter Corey Clement could be the most likely to return.  He took last Saturday’s game off, which gave his sore ankle more time to recover. END_OF_DOCUMENT_TOKEN_TO_BE_REPLACED 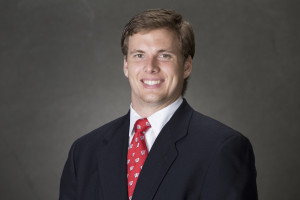 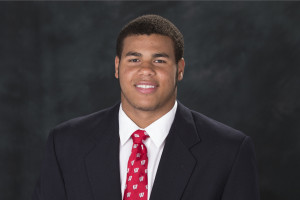 Senior quarterback Joel Stave hit 30-of-39 passes for 322 yards, but it was the Wisconsin defense that carried the day.

The Boilermakers (1-6, 0-3) couldn’t get anything going.  They were held to season lows in rushing yards with 55 and total yards with 191.

Freshman Alec Ingold ran for two touchdowns and Dare Ogunbowale was the game’s top rusher with 56 yards on 18 carries and a touchdown.

Linebacker T.J. Edwards led the defense with 16 tackles and a fumble recovery.

The Badgers (5-2, 2-1) travels to Illinois this Saturday to face the Illini. 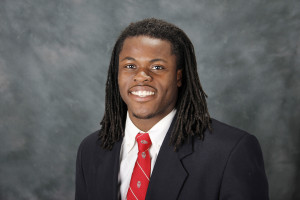 The Wisconsin Badgers close out the non-conference portion of their schedule against Hawaii tonight (7 p.m.) at Camp Randall Stadium.   As it turns out, it’ll be one last chance for running backs Dare Ogunbowale and Taiwan Deal to prepare themselves for the start of the Big Ten Conference season next week against Iowa.

The Badgers learned this week that their starting tailback, Corey Clement will undergo Sports Hernia surgery and missed most if not all of the Big Ten season.

The Badgers are about as prepared as they could be to this point.  Clement had only eight rushes in the opener against Alabama before giving way to Ogunbowale and Deal because of injury.  Clement hasn’t played since. END_OF_DOCUMENT_TOKEN_TO_BE_REPLACED

Earlier this week, the Wisconsin Badger coaches were hoping to have tailback Corey Clement back for this weeks game against Hawaii, if not the following week in the Big Ten Conference opener against the Iowa Hawkeyes at Camp Randall Stadium.

But U-W official announced today that Clement is scheduled to have Sports Hernia surgery next week and could miss four to fix weeks of the Big Ten Conference season.

Clement carried the ball just eight times in the opener against Alabama and has been idle since.

Dare Ogunbowale and Taiwan Deal are now one and two on the Badger depth chart and Alec Ingold, who was moved from linebacker to running back last week, could see some time as well.

Ingold averaged 178.8 yards per game as a senior at Bay Port High School as a quarterback and can play tailback or fullback.  Ingold is currently listed third at the tailback spot on the depth chart.