You are here: Home / Archives for Bradrick Shaw

Despite a weather delay at the start, the Wisconsin Badgers kicked off their season with a 49-0 rout of the South Florida Bulls at Raymond James Stadium in Tampa, Florida on Friday night.

The game was delayed 55 minutes because of lightning near the stadium before the Badgers would dominate on both sides of the ball for the shutout victory.  The Badgers wasted little time getting started, scoring the go-ahead and what turned out to be the game winning touchdown just over four minutes into the game.

Jonathan Taylor capped off the 77-yard scoring march with a 37-yard touchdown run.  By halftime, the Badgers led 28-0 and Taylor had 128 total yards and three touchdowns, two through the air and one on the ground.  He finished with four scores, rushing for 135 yards on 16 carries.  He added two receptions for 48 yards. END_OF_DOCUMENT_TOKEN_TO_BE_REPLACED

As the Wisconsin Badgers prepare for Saturday nights Big Ten Championship game against Ohio State, the team announced that they’ll be without tailback Bradrick Shaw and tight end Zander Neuville for the rest of the season.

Neuville suffered a knee injury and Shaw a leg injury in the regular-season finale against the rival Minnesota Gophers last week.

Neuville has nine catches for 81 yards and two touchdowns but has been known most for his role in the Wisconsin running game.

Shaw had seven carries for 51 yards before leaving in the 31-0 win over the Gophers.

Kyle Penniston takes over as the number-two tight end in Neuville’s place.  Chris James will replace Shaw in backing up Jonathan Taylor.

The Wisconsin Badger football team moved a step closer to the Big Ten West Division title, knocking off Illinois 24-10 on Saturday.  While the Badgers improved to 8-0 on the season and remain the only unbeaten team in the Big Ten, they once again gave no impression that they are ready to compete against other top teams in the conference (Ohio State & Penn State), or nationally for that matter either.

Wisconsin freshman tailback Jonathan Taylor  left in the first half with a left leg injury.  He had carried 12 times for 73 yards before heading to the sidelines for the rest of the game.

Without Taylor, the Badgers finished with 168 rushing yards on 45 carries, their second lowest total of the season.  Taylor himself, averages 168.5 yards a game.

Without Taylor, walk-on Garrett Groshek rushed 12 times for 51 yards and a touchdown and Bradrick Shaw added 40 yards on 12 carries.

Taylor got the early workload while the Badgers played without Bradrick Shaw, who was sidelined with a leg injury.  Taylor’s longest touchdown run was his first, going 64-yards. END_OF_DOCUMENT_TOKEN_TO_BE_REPLACED 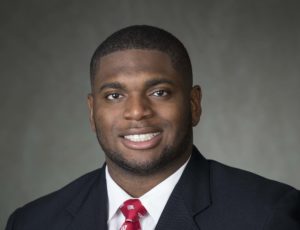 It’s not believed to be a season ending injury and the Badgers hope to have him back sooner than later.

Obasih is a redshirt senior from Brookfield Central High School.  He was first off the bench against Utah State last Friday night.

Redshirt freshman Isaiahh Loudermilk had a sack and three tackles in the opener.  He’s expected to see more playing time in Obasih’s absence.

Running back Bradrick Shaw remains questionable for Saturday’s game.  Shaw had worked in full pads during practice this week, but it’s still unknown what kind of a roll he’ll play this week against Florida Atlantic.

At the moment, the Wisconsin Badgers are preparing for their Big Ten Conference opener at Michigan State with questions concerning their running game.

Fifth-year senior Dare Ogunbowale is the only healthy tailback at the moment.

There’s still time left before Saturday’s game, so there’s still a chance to get one or more of those running backs back in the fold.

Starter Corey Clement could be the most likely to return.  He took last Saturday’s game off, which gave his sore ankle more time to recover. END_OF_DOCUMENT_TOKEN_TO_BE_REPLACED