You are here: Home / Archives for Dezmen Southward 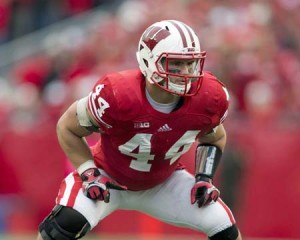 The Badgers have only one lock at wide receiver, senior wide receiver Jared Abbrederis.  Jeff Duckworth and Jordan Fredrick both have experience, but playing time after Abbrederis appears to be up in the air. END_OF_DOCUMENT_TOKEN_TO_BE_REPLACED