You are here: Home / Archives for Donald Driver 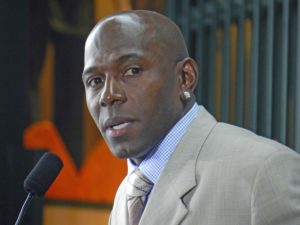 Lee, who played 11 seasons in Green Bay (1980-90), had 31 career pass interceptions during his career, END_OF_DOCUMENT_TOKEN_TO_BE_REPLACED 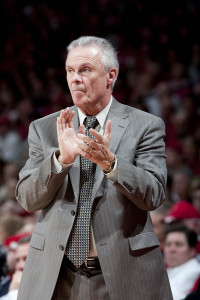 Ryan won 353 games at Platteville and 357 more at the University of Wisconsin.  He is a four-time Big Ten Coach of the Year and has led the Badgers to 14-straight NCAA Tournament appearances. END_OF_DOCUMENT_TOKEN_TO_BE_REPLACED 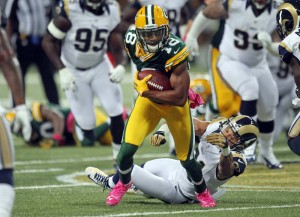 Sharpe held several receiving records when he left South Carolina after the 1987 season.  He went on to become one of the top receivers in the history of the Green Bay Packers.

Joining Sharpe in the class of 2014 are such stars as LaDainian Tomlinson, Tony Boselli and the late Derrick Thomas.

Undrafted rookie Sederrick Cunningham hurt his wrist on Friday and underwent surgery that same day.  He is out indefinitely.

Johnson suffered what’s been described as a minor knee injury and he could return to the field soon.  Dorsey appeared to have suffered a hamstring injury.  His status is unknown at this time.

Veteran wide receiver James Jones said he spent some time with recently retired Donald Driver down in Houston and reported that Driver is apparently having second thoughts about his retirement.  Driver has yet to file his retirement papers with the league.

It’s unlikely the Packers would want to bring Driver back after he hardly figured into their plans last year, catching just 8 passes for 77 yards. 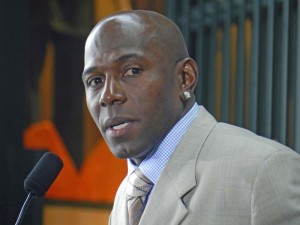 More than 1,000 fans stood in line early to get into the ceremony when the doors opened this morning.  Driver was amazed at those that stood in line last Friday in the cold to snap up the limited amount of free tickets that were available to the public and were gone in less than 15 minutes. END_OF_DOCUMENT_TOKEN_TO_BE_REPLACED 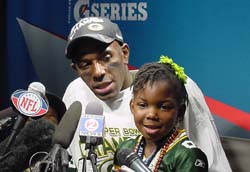 retirement at a Lambeau Field news conference (11am) today.

Driver played his entire 14-year playing career with the Green Bay Packers and leaves as the team leader in receptions, receiving yards and 1,000 yard seasons.

Driver saw limited playing time this past season with the Packers and could have gone on to play elsewhere.  But Driver said at the Super Bowl that it was important for him to play his entire career with one team.  That’s one of the things that makes Driver special, his deciding to hang it up and make the Packers organization the only organization that he has played for. END_OF_DOCUMENT_TOKEN_TO_BE_REPLACED

Donald Driver announced Thursday that the 2012 season was his last.  The 14-year veteran is hanging up his cleats as the Packers all-time leader in the receptions and receiving yards.  Here is some reaction to Driver’s announcement:

AUDIO: Ryan Grant said Driver was always someone to lean on :17

Wednesday, Driver will have an official announcement/celebration at Lambeau Field at 11:00 AM.  The even is open to the public with free tickets available at the Lambeau Field box office starting at 9:00 AM Friday morning.

Donald Driver still believes he can play in the NFL, but if that chance isn’t going to 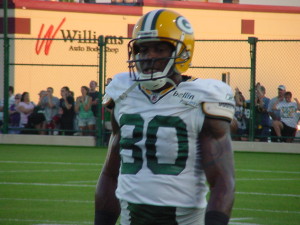 come with the Packers, then he’s calling it quits.

Driver initially made the announcement this morning and will return to Green Bay to make the retirement official at a Lambeau Field Atrium ceremony next Wednesday.

A limited number of tickets, free of charge, will be available to fans on a first-come, first-served basis in person at the Packers’ ticket office, starting at 9am on Friday morning.  The maximum number of tickets is four per person. END_OF_DOCUMENT_TOKEN_TO_BE_REPLACED

After 14-seasons in the NFL, all with the Green Bay Packers, wide receiver Donald

Driver said he is “hanging up his spikes.”

The 37-year old Driver is Green Bay’s all-time leading receiver in receptions and yards and has a Super Bowl Championship to boot.

Driver said his family helped him make this decision.

Driver was a 7th round pick out of Alcorn State in 1999.  He finished last season with just 8 catches for 77 yards and 2 touchdowns.