You are here: Home / Archives for Ed Morrow

Junior forward Sam Hauser poured in 25 points, including 20 points on 6-of-7 shooting in the second half to lead the Marquette Golden Eagles to a 79-68 win over Providence at Fiserv Forum on Sunday.

Hauser was coming off a collegiate high 31 points in a win over Georgetown earlier in the week.

Providence held an eight-point lead at the break, with both teams combining to make just 7 of 27 three-pointers.  Marquette shot 28% (7 for 25) overall.

The Golden Eagles took the lead for good when Sacar Anim’s 3-pointer was good from the corner with about 10 minutes left.

Markus Howard returned to the lineup with 24 points but hit just 4 of 15 from the field.  But Howard did make 14 of his 16 free throw attempts.  Forward Ed Morrow was back as well, finishing with nine points.

The Golden Eagles return to Big East action on Wednesday at home against the De Paul Blue Demons.

It’s understandable that Marquette was a little sloppy, playing their first game in 10 days, but the Golden Eagles still rolled to a 92-66 win over North Dakota at Fiserv Forum.

The Golden Eagles had 11 turnovers in the first 11 minutes and finished with 22 for the game.  But Marquette still improved to 9-2, winning their sixth straight game.

Markus Howard poured in 26 points and Sam Hauser added 21 to lead the Golden Eagles.  The two combined to hit 9 of 14 from beyond the arc.

Marquette returns to the court on Friday when they host unbeaten Buffalo (10-0). 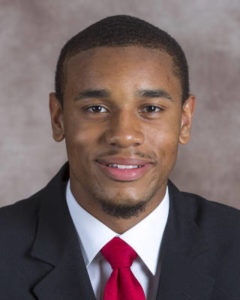 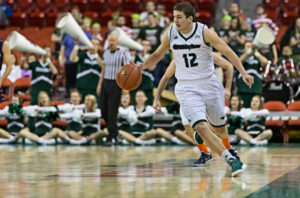