You are here: Home / Archives for Gary Anderson

In a controversial ending, the Wisconsin Badgers lost for the first time this season, falling to the Arizona State Sun Devils 32-30.

The seconds ticked away as Wisconsin quarterback Joel Stave attempted to center the ball, take a knee and then try to get one more play to spike the ball and stop the clock for a game winning field goal attempt.

The Badgers work on it every day in practice and head coach Gary Anderson said there was plenty of time to make it all happen.  The problem is, the officials didn’t step in and set the ball up for the Badgers to get the ball snapped for the spike which would have stopped the clock.  There would appear to be some question as to whether Stave actually took a knee or not.  But regardless, the officials should have stopped the clock and made a ruling.  If he did take a knee, then they should have penalized Arizona State for a delay of game.  If he didn’t take a knee, then Arizona State recovered the football that Stave laid down on the ground for them and the clock should have stopped for a change in possession.

Either way, the officials should have stepped up and made a ruling and certainly they should have issued some sore of explanation, which has yet to come to Gary Anderson from the Pac-12 crew.

To add to the whole mess, officials were blowing whistles after Stave put the ball on the ground, which would indicated an end to the play.  Yet they never stepped in to spot the football until it was too late. END_OF_DOCUMENT_TOKEN_TO_BE_REPLACED

The Wisconsin Badgers moved up in both top 25 college football polls following their
48-0 win over Tennessee Tech on Saturday.

It’s the second straight shutout for the Badger defense.

The Badgers get their first road test of the season this Saturday night at Arizona State. 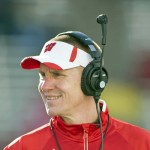 not only is backup quarterback Tanner McEvoy going to see some time at wide receiver this season, but there’s a chance he could play some defense as well.

He recorded 49 tackles and 3 interceptions and caught 35 passes for 550 yards and three touchdowns before switching to quarterback for his senior season. 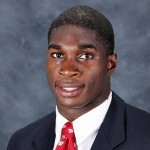 Jacobs played high school football in California as a freshman, then took two years off to concentrate on basketball.  He returned to football for his senior season. END_OF_DOCUMENT_TOKEN_TO_BE_REPLACED 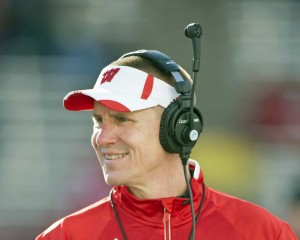 Coach Gary Anderson went into the scrimmage with a three-man race at quarterback. When the dust settled, Anderson had a better idea of the position battle, between Curt Phillips, Joel Stave and Tanner McEvoy. END_OF_DOCUMENT_TOKEN_TO_BE_REPLACED 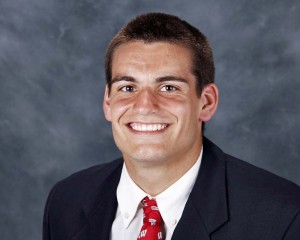 Besides the quarterback position, the Badgers defensive backfield has some uncertainty.  Free safety could be next, finding someone to start alongside Dezmen Southward.  Redshirt freshman Leo Musso from Waunakee got the first chance to work with the ones on Monday. END_OF_DOCUMENT_TOKEN_TO_BE_REPLACED

The Badgers have only one lock at wide receiver, senior wide receiver Jared Abbrederis.  Jeff Duckworth and Jordan Fredrick both have experience, but playing time after Abbrederis appears to be up in the air. END_OF_DOCUMENT_TOKEN_TO_BE_REPLACED

Arrowhead football standout Billy Hirschfeld has verbally committed to the University of Wisconsin for 2014.

The 6’5, 270 pound defensive end took a little while to get comfortable with Gary Anderson and his new defensive coaching staff at Wisconsin.  Once he got there, Hirschfeld chose the Badgers over a number of Big Ten schools, including Nebraska and Michigan State.

Hirschfeld becomes the fifth commitment for UW’s 2014 recruiting class.  His commitment means he’ll continue playing with one of this teammates, George Panos who played guard for Arrowhead.

The game will feature the offense (White) against the defense (Cardinal).  Both the offense and defense can score points.

For the offense, besides normal scoring for a touchdown, conversion and field goal, the offense can score by a run of 15-plus yards, a pass of 20-plus yards or a first down.

Defensively, besides the normal scoring for a touchdown or safety, points can be earned by preventing a conversion, forcing a turnover, a three-and-out, a blocked field goal, as well as stopping a drive, collecting a sack or tackle for loss.

The game will be broadcast live on the Big Ten Network.