You are here: Home / Archives for Green Bay Packers “All indications point toward us playing on Thursday night,” LaFleur said.  “I think the league has confidence that we’ve END_OF_DOCUMENT_TOKEN_TO_BE_REPLACED With the Green Bay Packers on a short week and their next game at San Francisco on Thursday night, rookie running back AJ Dillon has tested positive for COVID-19.  NFL.com’s Tom Pelissero first reported the news this morning.

Dillon will immediately go on the reserve/COVID-19 reserve list.  He played 10 snaps in Sunday’s 28-22 Green Bay loss to Minnesota.

The team issued the following statement this morning:

“The Packers were informed today that a player has tested positive for COVID-19.  Our organization has entered the NFL’s intensive protocol and the player has self-quarantined.  We will continue to work with the league on contact tracing as we follow the guidelines of intensive protocol.  All player meetings will be conducted virtually today.

“Our focus continues to be on the health and safety of our players, staff and community.  We will continue to work closely with the NFL and medical professionals and follow their guidance.”

The Packers could be forced to quarantine players who had direct contact with Dillon.  They’ll know more about who that may be when they complete contact tracing.  Players are required to wear electronic tracing devices everywhere they go on team property and the devices register when and for how long a player was within six feet of another player.

The Packers cancelled player Zoom availability that was scheduled for Monday afternoon.  Coach Matt LaFleur will still meet with reporters virtually at a time yet to be determined. The Packers have worked out a number of kickers over the past several weeks, but hadn’t signed any of them to the practice squad as possible insurance.  Now, former Alabama-Birmingham kicker, Nick Vogel, is in Green Bay, going through the five-day COVID-19 testing protocol.  If he comes out of the testing process clean, then he’s expected to tryout for the END_OF_DOCUMENT_TOKEN_TO_BE_REPLACED

The Packers started the game without David Bakhtiari and Aaron Jones on offense and Kevin King and safety Darnell Savage on defense.  They lost safety Raven Green with an oblique injury and linebacker Krys Barnes with a shoulder injury. END_OF_DOCUMENT_TOKEN_TO_BE_REPLACED

After leaving last Sunday’s loss at Tampa with a chest injury, Green Bay Packers Pro Bowl left tackle David Bakhtiari didn’t practice on Wednesday.  It was a day that the Packers went with a shorter, lighter practice after coach Matt LaFleur told reporters earlier in the day that the team would work inside the Hutson Center because they’re banged up.  A total of thirteen players showed up on the teams injury report, which was put out later in the day.

Rodgers less than thrilled with question

The first question delivered to Aaron Rodgers during his weekly session with reporters got under his skin on Wednesday.  Rodgers was asked if opponents had figured out coach Matt LaFleur’s offense and his response was short and pointed.

“So because of one game, what is it you’re implying?”  When asked again, Rodgers said, “One out of five.”

Rodgers continued to answer questions, but near the end, he was told by another reporter that he seemed down in the dumps.

“I’m definitely not down in the dumps, so don’t project that onto me.  That’s not a reality,” he said. 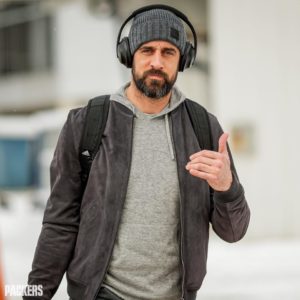 Just as stunning came Rodgers second interception of the day, just two passes later.  Davante Adams was the intended target again, but the ball was tipped and it landed in the arms of safety Mike Edwards, who returned it to the 2-yard line, where the Bucs scored a play later on a Ronald Jones II touchdown run.  Jones rushed for 113 yards on 23 carries and scored two touchdowns against the Packers defense. END_OF_DOCUMENT_TOKEN_TO_BE_REPLACED “Unfortunately, it looks to be a pretty bad one,” coach Matt LaFleur said Tuesday,  “So, you know, I hurt for Josiah.  I love what he’s all about, the mentality he brings and he’s certainly somebody we were really excited about.  And it’s been a little bit of a roller coaster because in terms of I thought he had a great game vs. Minnesota in Week 1, and then he goes out with an ankle injury, you know; it’s just been, it’s been tough.  But we expect him to bounce back from it and we still think he has a really bright future in this league.” END_OF_DOCUMENT_TOKEN_TO_BE_REPLACED