You are here: Home / Archives for Greg Roberts 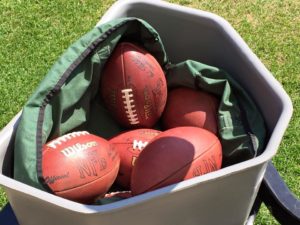 “My closest family members have experienced the life-threatening impact of COVID-19 first hand and for their and my own safety, I’ve decided to opt out of the upcoming NFL season.  This was not a decision I took lightly but it’s what is best for my family and myself at this time. END_OF_DOCUMENT_TOKEN_TO_BE_REPLACED