You are here: Home / Archives for Horizon League Tournament 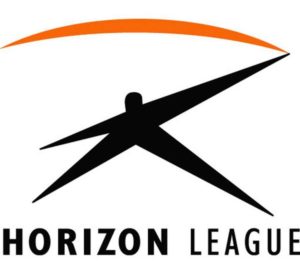 Green Bay senior Frankie Wurtz scored on a drive to the basket with 3.1 seconds left to give the No. 2-seeded Phoenix a 50-49 win over No. 4 Northern Kentucky in the Horizon League Tournament semifinals.

The win sends Green Bay to its 10th-straight tournament championship game, where they will meet No. 1 seed IUPUI on Tuesday at 11 a.m. CT on ESPNU.

Northern Kentucky used an 11-0 run to their their first lead, then traded baskets with the Phoenix before Wurtz final shot heroics.

Green Bay held NKU to just 28.3% from the field and just 19.2% (5-of-26) from three-point range.  The Phoenix held the Norse to their fourth-lowest point total this season.

Green Bay will be going for its league-leading 17th Horizon League Tournament Championship victory on Tuesday and is now 63-10 all-time in the HL Tournament. END_OF_DOCUMENT_TOKEN_TO_BE_REPLACED 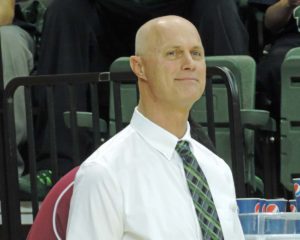 For just the second time in the last nine Horizon League seasons, a team other than Green Bay has claimed the tournament championship and the automatic bid to the NCAA Tournament that goes with it.

The Phoenix fell to Wright State 55-52 in the title game on Tuesday in Detroit.  The Phoenix (22-9) was shooting for a fifth-straight tournament championship.  Instead, the Raiders are headed to the NCAA Tournament for the second time in their history.

Mackenzie Wolf led Green Bay with 10 points, the only player in double figures for the Phoenix.  Wolf was named to the All-Tournament team.

Green Bay is a long shot at securing an at-large bid to the NCAA Tournament, but could find their chances of securing a spot in the WNIT much better.  The WNIT field will be announced next week.

With the win, Green Bay has now won 10-straight HL tournament games and also won its 10th-straight game over the Penguins (16-15) in the process. END_OF_DOCUMENT_TOKEN_TO_BE_REPLACED

The Horizon League Tournament has seen a number of upsets early, with the top two seeds (Oakland & Valparaiso) being knocked out of the tournament.

That meant the third-seeded Green Bay Phoenix became the favorite, only to fall victim to the upset themselves.  The Phoenix lost to 6th-seeded UIC 79-70 at Joe Louis Arena, sending the Flames into the semifinals against 10th seeded Milwaukee.