You are here: Home / Archives for Jimmy Butler

For three quarters on Friday night, it looked like the Milwaukee Bucks were on their way to a game three victory.  They led by 12 heading to the fourth quarter, only to see the Heat outscore the Bucks 40-13 in the final 12 minutes for a 115-100 win and a 3-0 Miami series lead.

Jimmy Butler scored 17 of his 30 points in the fourth quarter as the Bucks struggled to defend and rebound with Miami getting a number of second chance rebounds.  Eventually the Bucks started firing up three’s to no avail.  The Bucks hit 6 of 23 from the field, 0 for 10 from 3-point range and managed just 13 fourth quarter points.  They watched the Heat close the game on a 17-1 run.

No team in NBA history has ever won after tailing 3-0 and the way the Bucks have played in this series, they won’t be the first.

The team with the best record in the regular season, has not been able to take their game into the playoffs.

The Bucks used a 21-6 run of their own to go up 87-73 late in the third quarter, but their good fortunes stopped there.

The two teams play game four inside the bubble on Sunday.

Former Marquette standout Jimmy Butler poured in a playoff-career high 40 points to lead the Heat to a 114-105 win over the Bucks in their second round series opener in Orlando on Monday night.

While Butler was going off on the Bucks, the Heat were busy making life difficult for Giannis Antetokounmpo.  He finished with 18 points on 6 of 12 shooting but made just 4 of 12 free throw attempts.

Khris Middleton had 28 points and Brook Lopez added 24 on 8 of 10 shooting to lead the Bucks, who played without Eric Bledsoe (right END_OF_DOCUMENT_TOKEN_TO_BE_REPLACED

The NBA released it’s all defensive teams on Wednesday and Milwaukee Bucks all-star forward Giannis Antetokounmpo fell short of both the first and second teams. 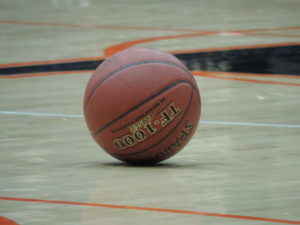 The average age of the 12 U.S. players will be 26.8 years at the conclusion of the Olympics. END_OF_DOCUMENT_TOKEN_TO_BE_REPLACED 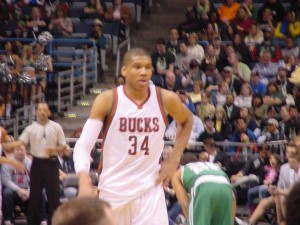 Butler was the 30th overall pick in the 2011 NBA draft, averaging 20 points and 5.8 rebounds a game for a Bulls team that went 50-32 during the regular season.

Antetokounmpo scored his career high 27 points against Houston on Feb. 6th.  He had a 25-point, 12-rebound performance against the Bulls in game 3 of their NBA playoff series.

Not a single player reached double figures in scoring for Milwaukee, who were paced by Zaza Pachulia’s eight points. The Bucks struggled from the field, connecting on 25-of-76 (32%) field goal attempts and only 4-of-19 from three. END_OF_DOCUMENT_TOKEN_TO_BE_REPLACED

Trailing by ten with 2:50 remaining in regulation, Khris Middleton scored eight straight points to rally Milwaukee and force overtime. The Bulls started the second OT with a 12-0 to sieze control. END_OF_DOCUMENT_TOKEN_TO_BE_REPLACED

Knight was hoping to become the Bucks’ first representative in the All-Star game in 11 years.  The last Bucks player to play in the game was Michael Redd in 2004.

Korver is the fourth Atlanta Hawks player to be selected for the Feb. 15th game at Madison Square Garden.  He is hitting 51.6% from the field, 52.8% from three-point range and 92% from the free-throw line. END_OF_DOCUMENT_TOKEN_TO_BE_REPLACED