You are here: Home / Archives for Jordan Taylor

Taylor got the early workload while the Badgers played without Bradrick Shaw, who was sidelined with a leg injury.  Taylor’s longest touchdown run was his first, going 64-yards. END_OF_DOCUMENT_TOKEN_TO_BE_REPLACED

The Milwaukee Bucks signed their first round draft pick, Jabari Parker to a four-year contract worth $22.3 million.  The last two years are team options, which is standard in rookie-scale deals for first-round draft picks.

Parker will make $4.9 million in his first NBA season and $5.2 million in his second season.  The final two years of the deal would pay $5.4 million and $6.8 million.

The Bucks were looking to wrap up the deal with Parker prior to the team’s first summer league practice this week in Las Vegas.

Milwaukee Bucks point guard Nate Wolters suffered a left ankle injury during Summer League practice on Wednesday but said he hopes to be able to play in the teams Summer League opener on Friday.

The Bucks will face the Cleveland Cavaliers at 7pm on Friday night.

Bucks coach Jason Kidd said Wolters will be fine and hopefully ready to go on Friday. 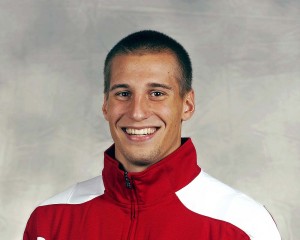 AUDIO: Jordan Taylor on the importance of showing he can shoot :12

AUDIO: Darius Johnson-Odom wants to show he can be a defensive stopper too :15

AUDIO: Odom says he knows he can contribute to an NBA team :13

Also competing during the workouts on Sunday were:

This has not been a great shooting season for the Wisconsin Badgers, but Bo Ryan’s team didn’t let the past affect the way they played 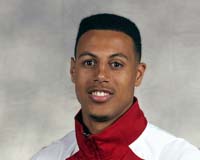 their opening round NCAA Tournament game.

The Badgers hit shots from all over the floor and opened a 10-point halftime lead.  They were never threatened in the second half and cruised to a 73-49 win over the Grizzlies.

Ryan Evans scored 14 of his team high 18 points in the first half.  About the only thing Evans did wrong was commit 5 turnovers.

Jordan Taylor hit 6 of 10 from the field and 3 of 5 from beyond the arc to add 17 points, 8 rebounds, 6 assists and no turnovers in 36 minutes.  Taylor also helped hold Montana’s Will Cherry to 9 points, 7 below his average.

Even Mike Bruesewitz, who was 0 for his last 14 from beyond the arc over an 8-game stretch, hit 2 of 3 in the win yesterday.

The Badgers are now 10-1 in NCAA tournament openers under Bo Ryan, winning their 25th game of the season.

The Badgers will face Vanderbilt in second round action on Saturday from Albuquerque, New Mexico.

The media voters put Penn State guard Tim Frazier on the first team ahead of Taylor. 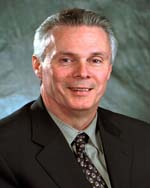 Minnesota Golden Gophers 52-45 at the Kohl Center on Tuesday night.

After Wisconsin trailed 23-16 at the break, the Badgers opened the second half on a 16-4 run to create some separation and pull out the win.

The game was mucked up by 43 fouls and 58 free throws and in the end, Wisconsin was able to knock down their free throws.

Badger coach Bo Ryan was hit with a technical foul late in the first half.  Wisconsin guard Jordan Taylor said that jump started the Badgers.

The Badgers picked up their 22nd win (11-6, 22-8) of the season.  They’ll close out the regular season at home on Sunday against Illinois at the Kohl Center.

The 14th ranked Wisconsin Badgers can’t afford to let up now.  Coming off of a

63-60 win over Ohio State in Columbus on Sunday, the Badgers are back home to host Minnesota at the Kohl Center tonight.

Wisconsin (21-8, 10-6 Big Ten) is looking to lock down 4th place in the Big Ten standings, which will earn them a first round bye in the upcoming Big Ten Tournament.

Minnesota is headed in the opposite direction.  In fact, since the Badgers beat the Gophers 68-61 in overtime in the Twin Cities on Feb. 9th.  Since that game, the Gophers have lost four more in-a-row, which makes for a 5-game losing streak.

Following tonight’s 7pm tipoff, the Badgers will get a few more days before they close out the regular season against Illinois at the Kohl Center on Sunday.

The Big Ten announced the game times for the final day of the Big Ten regular season.

The Wisconsin Badgers close out on Sunday, March 4 at the Kohl Center against Illinois.  That game will air live on the Big Ten Network and tip-off at Noon on that day.

The matchup against the Illini also serves as Senior Day for the Badgers’ Jordan Taylor and Rob Wilson.

AUDIO: Rob Wilson said his career is winding down :14

Wilson and Taylor has combined to play in 235 games and score 1,623 career points.  Wisconsin has won 10 straight Senior Day games.

Wisconsin won the first meeting in Champaign earlier this season, 67-63.  Taylor led all scorers in that game with 19 points. 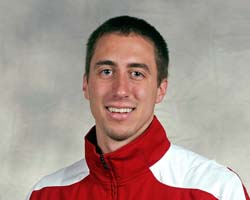