You are here: Home / Archives for Kansas City Royals

Moustakas was drafted by Kansas City in 2007 and has appeared in two all-star games.  He’s hitting .249 with the Royals this season, with 20 home runs and 62 RBI in 98 games.  He has produced 20+ home runs for the fourth time.  His 38 home runs last season marked a franchise record.

Moustakas has a career batting average of .251 with 139 HR and 441 RBI in 934 games, all with Kansas City.  After missing most of the 2016 season with right thumb and right leg injuries, Moustakas returned last season to earn American League Comebacker Player of the Year, hitting .272 with 38 home runs and 85 RBI in 248 games.

22-year-old Milwaukee Brewers rookie Freddy Peralta tossed seven innings of one-hit ball while striking out 10 in a 5-1 victory over the Kansas City Royals on Tuesday night.

Peralta, who had previously used his fastball about 85% of the time, threw more curve balls on Tuesday night and he was throwing them for strikes, improving to 3-0 on the season.

With Zach Davies set to make at least one more rehab start on Friday night in Appleton, which means Peralta will get another start for the Brewers when he faces the Reds in Cincinnati on Sunday.  After that, who knows.

“That hasn’t been a conversation,” manager Craig Counsell said.  “If he keeps pitching like that, it’s going to lead to more starts, for sure.”

Christian Yelich got things rolling with a home run in the first inning, swinging on a 3-0 count.  Ryan Braun and Jesus Aguilar also went deep.  Aguilar clubbed his 17th home run of the season.

Brent Suter (8-4) pitches the series finale for the Brewers this afternoon at Miller Park.

Lorenzo Cain homered while reaching base four times in his return to Kansas City.  He helped the Milwaukee Brewers knock off the Royals 5-2 at Kauffman Stadium.

Travis Shaw delivered the big blow with a three-run homer.  Ryan Braun also had two hits, walked twice and drove in a run.

Salvador Perez homered for the Royals in his return from the disabled list.

The loss goes to Ian Kennedy (1-3).  He left after allowing four runs over three innings, taking a liner off his ankle in he third inning.  He finished the inning before leaving the game.

The Brewers will be hoping to get some good news today.  First baseman Eric Thames jammed his glove hand into the ground to field a ground ball in the eighth and bent his thumb back. END_OF_DOCUMENT_TOKEN_TO_BE_REPLACED

Former Milwaukee Brewers right-handed pitcher Wily Peralta has agreed to a one-year deal with the Kansas City Royals worth just over $1.5 million.  The deal includes a club option for 2019.

Peralta can also earn an additional $1.25 million in performance bonuses.

Peralta went 5-4 with a 7.85 ERA in 19 appearances for the Brewers this past season but was designated for assignment in July. 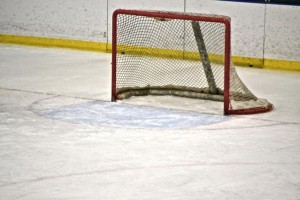 Players benefit from fewer shootouts because their will be more goals and assists to pile up.  In a shootout format, goals END_OF_DOCUMENT_TOKEN_TO_BE_REPLACED