You are here: Home / Archives for Lawrence University 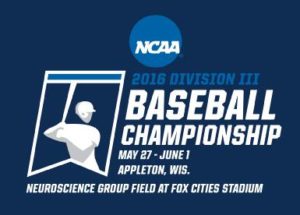 Trinity swept the best 2-of-3 series after posting a 14-6 win in the opener on Tuesday.  They finished 44-7 on the season, earning the right to call themselves NCAA D-3 baseball champions.

Trinity finished 5-0 and never trailed during the tournament.

The Tournament was hosted by UW-Oshkosh and Lawrence University. 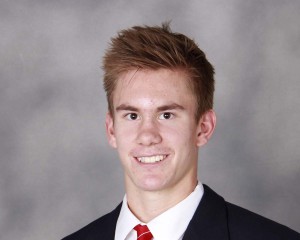 In a top-10 showdown at LaBahn Arena on Friday night, 3rd-ranked Wisconsin skated to a scoreless tie against 7th-ranked Minnesota-Duluth.

The two teams wrap up their series tonight at 7:30.  Prior to the game, the Badgers will honor their five seniors.

At University Park, Pennsylvania, the Wisconsin Badgers jumped out to a 2-1 first period lead, then saw Penn State score four straight goals to pull out a 5-2 win, leaving the Badgers without a Big Ten win.

The two teams wrap up the series this afternoon.

Defending National Champion St. Norbert College is spiraling in the wrong direction as the regular season winds down.

The Green Knights dropped their 4th straight, falling 3-1 to St. Scholastica at the Cornerstone Ice Center.

In Appleton, No. 6 Adrian College skated to a 6-1 win over Lawrence University in NCHA play.

Wellman served as the assistant women’s basketball coach and recruiting coordinator since August 2008 at Alma College in Michigan.

Wellman earned All-MIAA accolades three times as a player at Alma.  She earned first-team all-conference as a player in 2007.

Lawrence University will be searching for another women’s basketball coach.  Tara Carr has resigned after the Vikings finished 2-21 this season and 3-43 in her two years on the job.

The Vikings have posted 23 seasons of .500 or better, but Lawrence has struggled in recent seasons.

A national search for a successor will be launched immediately.

After five UW-Schools left the NCHA last February, the Green Knights had to find a new league to play in.  They selected the Midwest Collegiate Hockey Association (MCHA), joining schools like Lawrence University, Marian College and the Milwaukee School of Engineering.

The Knights captured 13 NCHA regular season titles, including 10 of the last 11.