You are here: Home / Archives for Maryland Terrapins

After falling to Maryland 70-64 on December 28, allowing the Terrapins to score 38 points in the paint, the 14th ranked Wisconsin Badgers turned the tables last night, pulling out a 61-55 win in College Park.

Everything went well for the Badgers in the first half, has they jumped out to an 18-point halftime lead.

Wisconsin knew Maryland would deliver a punch in the second half and the Terrapins did.  But the Badgers (13-4, 7-3 Big Ten) took that punch and survived, handing Maryland (9-8, 3-7) it’s seventh conference loss this season.

Micah Potter finished with season highs in points with 23 and rebounds with 12 to lead the Badgers.  Senior guard D’Mitrik Trice added 13 points, 8 rebounds and 3 assists. END_OF_DOCUMENT_TOKEN_TO_BE_REPLACED

Just hours after climbing to sixth in the Associated Press Top 25 Men’s College Basketball Poll, the Wisconsin Badgers were upset by the Maryland Terrapins 70-64 on Monday night at the Kohl Center.

Wisconsin’s 10-game Big Ten win streak, which dated back to last season, is history.  So is Wisconsin’s 15-game home court winning streak at the Kohl Center.

The Badgers failed to touch the post on a consistent basis, which is a big part of their offense.  Wisconsin was outscored in the paint 38-18, as Badger big men Micah Potter and Nate Reuvers failed to make an impact.  Potter made just 2 of his 8 field goal attempts and finished with four points and five rebounds.  Reuvers made 4 of his 10 shots and finished with eight points and six rebounds.

D’Mitrik Trice had 25 points, hitting 8 of 14 from the field.  Aleem Ford is the only other player to finish in double figures with 10 points.

Junior Dana Rettke was the only player on either team to put away double-figure kills, tallying a match-high 17 kills.  The 6’8 middle blocker did not have a hitting error and finished with a .654 (17-0-26) hitting percentage.

The Badgers maintained a one-game lead in the Big Ten standings over Minnesota, which needed five sets to knock off Ohio State.

Wisconsin kicks off a four-match road swing on Sunday when it travels to Indiana.

A week ago, fourth place in the Big Ten Conference and the double-bye in the Conference Tournament that went along with it, seemed like a pipe dream for the Wisconsin Badgers.  Fast forward one week and the Badgers are back in control.

Greg Gard’s Badgers have a handful of different ways to secure the four-spot in the Big Ten regular season race, but the sure way is to win both its remaining games, which would give them the fourth spot outright.

Wisconsin (17-7, 9-4) struggled down the stretch, going more than five minutes without a point as the Spartans put the game away. END_OF_DOCUMENT_TOKEN_TO_BE_REPLACED

The Wisconsin Badgers continue to struggle with slow starts and it happened again on Monday night in College Park, Maryland.  The Badgers put on another second half charge but their comeback fell short, falling to the Terrapins 64-60.

The Badgers shot 26.9% (7 of 26) from the field in the first half and missed all eight of their three-point attempts, trailing 33-15 at halftime.

Maryland stretched the lead to 21 points early in the second half and maintained a comfortable lead for half of the second half.  Ethan Happ left with 10:38 left in the game with his fourth foul and the Badgers trailed 51-33.  That’s when Wisconsin went on a 8-0 run to pull within 10 (51-41).

The Badgers eventually tied the game on a Nathan Reuvers three-pointer with 3:11 left to play and took the lead 60-59 when Brad Davison hit a three with 2:02 left.

Maryland’s Anthony Cowan hit a long three with 44 seconds left to put Maryland up 62-60, then added a pair of free throws for the final margin.  Reuvers twice had open looks at three’s from the point, only to see both rim out. END_OF_DOCUMENT_TOKEN_TO_BE_REPLACED

The Wisconsin Badgers were in position to pull out a road win but fell short at Maryland, losing to the Terrapins 68-63.

The Badgers trailed by ten points at halftime before coming back to lead by two points on a number of occasions in the final minutes.  Then, down by five, the Badgers erased a 65-60 deficit but Maryland would outscore UW 8-3 over the final 1:25 to pull out the win.

It’s the fifth straight loss for Wisconsin (10-15, 3-9 Big Ten), dropping them into a tie for 10th in the Big Ten with Minnesota and Iowa.  The losing streak is the longest for the Badgers since they dropped six straight during the 2008-’09 season.

The loss also means the Badgers can’t finish above .500 in Big Ten play.  The last time Wisconsin finished at .500 or worse in Big Ten play was 1999-2000 when they finished 8-8 under Dick Bennett.  But that team reached the NCAA Tournament and eventually the Final Four.

Ethan Happ had 18 points and 9 rebounds to lead the Badgers.  Nate Reuvers added 13 with Aleem Ford and Brad Davison each finishing with 12 points.

The Badgers, down 3, had a chance to tie the game with 9.8 seconds left.  But Davison decided to drive inside instead of going for a three-point shot.  He missed and the Terripins would make two final free throws for the final margin.

Wisconsin failed to shoot 40% or better in five of their last six games and started Sunday’s game by hitting just 28% from the floor (7 of 25) in the opening half.  But this time the Badgers rebounded, shooting 51.5% (17 of 33) in the second half. END_OF_DOCUMENT_TOKEN_TO_BE_REPLACED 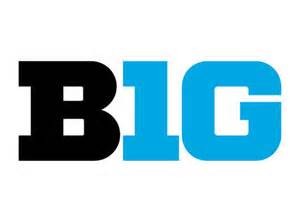 Wisconsin Badger senior point guard Traevon Jackson was hoping to be back in the lineup for Senior Day last Sunday, but he wasn’t cleared by the teams medical staff.  Jackson has now missed 12 games after breaking his foot in a game against Rutgers in early January.

Jackson said Sunday that he would return soon, but Wisconsin coach Bo Ryan expressed some doubts during the Big Ten coaches teleconference on Monday.

Ryan was asked if Jackson had a decent shot at being back in the lineup in time for the Big Ten tournament, two weeks from now in Chicago.  Ryan said, “That might be tough.  I can’t rule anything out because the coaches are the last to know anymore.  His clearance may be two weeks, who knows?”

The Badgers (26-3, 14-2 Big Ten) have two games left in the regular season.  They’ll travel to Minnesota on Thursday and at Ohio State on Sunday.  Any combination of one Badger win or Maryland loss and the Badgers will clinch the top seed in the Big Ten Tournament and win the Big Ten title outright.

The Badgers dropped one spot to No. 6 in the Associated Press Top 25 poll on Monday.  They dropped to 5th in the coaches poll.