You are here: Home / Archives for Matt Bollant

After being passed over for the head coaching job at UW-Green Bay, assistant coach Dave Divilbiss is leaving the school to join Matt Bollant’s coaching staff at Illinois.

Bollant left to take the Illinois job after five seasons in Green Bay.  He’s now re-united with Divilbiss, who helped Green Bay post a 122-13 record during his four seasons as Bollant’s assistant.

Divilbiss is a native of Dundee, Illinois.

Kevin Borseth says he just wasn’t happy at the University of Michigan, which is

why he resigned as head coach of the women’s basketball team to return to UW-Green Bay.

Borseth coached the Green Bay Phoenix for nine seasons, from 1998 through 2007 before he left for Michigan.  At the time, Borseth called the Michigan job his dream job.  Now, he’s leaving that dream job to return to Green Bay.  Borseth said he’s glad he kicked the tires in Ann Arbor and he has no regrets.

AUDIO: Borseth said he has no regrets leaving Green Bay 5 years ago :15

Some think Borseth is crazy, leaving a job at a bigger school and a salary twice as big.

AUDIO: What does Borseth tell those that think he’s taking a step back :19

Borseth replaces Matt Bollant who left to take the head coaching job at Illinois.  He was officially introduced as Green Bay’s new coach at a press conference on Thursday afternoon.

Kevin Borseth resigned his head coaching position at the University of Michigan to return to Green Bay to coach the UW-Green Bay Phoenix women’s team.  Borseth replaces Matt Bollant who left to take the head job at Illinois.

It’s a surprising return for Borseth, who spent five seasons at Michigan after initially leaving Green Bay.  Borseth had the Wolverines in the NCAA tournament this season, yet decided to return to Green Bay.

Borseth previously coached the Phoenix from 1998-2007, leading them to the postseason in all nine seasons, including seven trips to the NCAA Tournament.  Borseth’s record in Green Bay is 216-62.

Borseth will officially be introduced at a news conference (2:30pm) this afternoon in Green Bay. 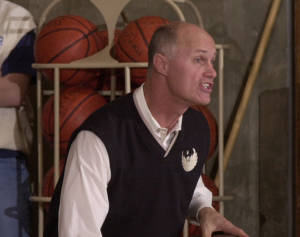 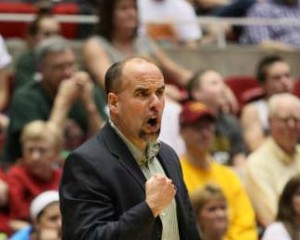 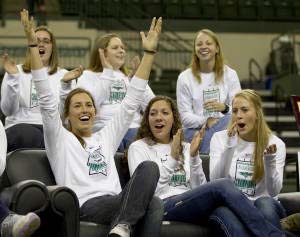