You are here: Home / Archives for Mike Daniels 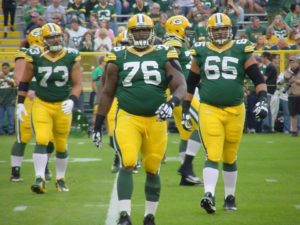 If this were Major League Baseball, where teams play roughly 30 to 40 exhibition games, followed by a 162-game regular season, you could understand if players said they lacked energy on a given day.

But when an NFL team, who only gets 16 games that count to begin with, comes out and says they lacked energy in a loss, it’s either a bad excuse for a poor performance, or they have some real concerns.

After Indianapolis Colts kick returner Jordan Todman returned the game’s opening kickoff back 99-yards for a touchdown, the Packers not only played from behind for the rest of the day, but wide receiver Jordy Nelson said they didn’t handle it well.

The Colts pulled off the upset, 31-26 over the Packers at Lambeau Field.  END_OF_DOCUMENT_TOKEN_TO_BE_REPLACED 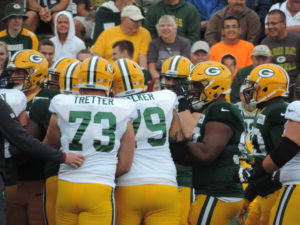 Packers mix it up during first day of padded workout

Green Bay Packers defensive lineman Mike Daniels is taking it upon himself to motivate the other young defensive lineman on the team.  He has been extra boisterous during the first week of training camp, making sure his teammates know he means business.

In what appeared to be a calculated move, Daniels got into a scuffle with offensive lineman Don Barclay on the fourth play of the first full-contact drill during Thursday’s padded practice.

Many of his teammates knew it would be Daniels that would likely blow up first and expect to see and hear more from Daniels before training camp ends.

Barclay is a neighbor of Daniels and claims the two are good friends.  He certainly didn’t seem upset that he was the target for Daniels. END_OF_DOCUMENT_TOKEN_TO_BE_REPLACED 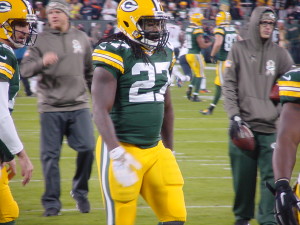 Lacy saw his numbers and his opportunities drop in his third NFL season because of his weight and lack of production.  In END_OF_DOCUMENT_TOKEN_TO_BE_REPLACED 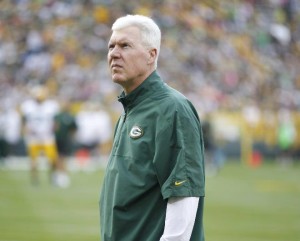 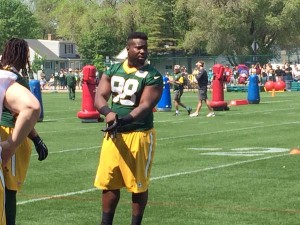 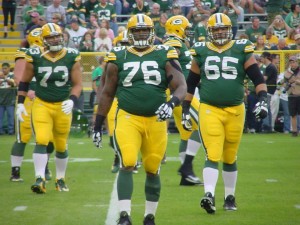 With an average salary of $10.5 million per season, Daniels becomes the third-highest paid 3-4 defensive end in the NFL, behind only Houston’s J.J Watt ($16.7 million) and Arizona’s Calais Campbell ($11 million). END_OF_DOCUMENT_TOKEN_TO_BE_REPLACED 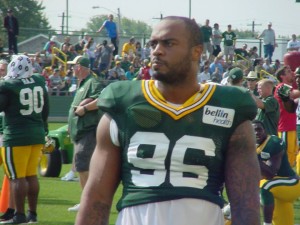 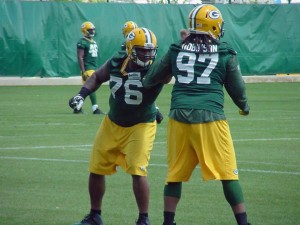 Sunday was the second day of workouts for the Green Bay Packers during training camp and defensive lineman Mike Daniels chewed out some of the offensive guys for getting too physical during a drill that was supposed to not have any contact.  Daniels spent the rest of the workout and rest of the day for that matter, promising payback.

Daniels said, “I like to hit, ever since I was a little kid and that’s real football.  It’s part of the game.  Plus, we get to see what everybody else is made of.  Like Mike Tyson said, everybody has a plan until they get punched in the mouth, so we’re going to do a lot of mouth punching tomorrow and see how people respond.”

Daniels said he thinks the mentality of the defense has changed and that putting on the pads won’t be seen as a chore.

The Packers have 21 scheduled practices in training camp.  They’re down to 19 and while Mike McCarthy would like to practice in pads everyday, that won’t likely happen. END_OF_DOCUMENT_TOKEN_TO_BE_REPLACED