You are here: Home / Archives for NBA G League 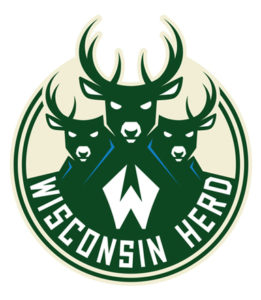 The Wisconsin Herd won’t be able to play their first three games at home because the Menominee Nation Arena, the teams new $21  million venue in Oshkosh won’t be finished on time.

The Milwaukee Bucks G-League affiliate was scheduled to open in Oshkosh on November 17.  That opener will now take place at the BMO Harris Bradley Center.  So will the teams next two home games.  As of now, the Herd plan to play their first game in Oshkosh on December 1.

The two additional games to be played in Milwaukee, Saturday, Nov. 18 and Tuesday, Nov. 28, will be closed to the public because of the costs involved with opening the building for fans.

The Expansion Draft provides new NBA G League teams, including the Herd, the Agua Caliente Clippers of Ontario, the Erie BayHawks and the Memphis Hustle, with a Returning Player list for the 2017-18 season.  Each 2016-17 NBA G League team was able to protect the rights of up to nine players and could not lose more  than two of their unprotected players.  The Herd was able to select up to 11 unprotected players.

“The Wisconsin Herd is an important component in building a championship-caliber team in Milwaukee, and Jordan brings the grit, leadership and vision necessary to spark that process in Oshkosh,” said Wisconsin Herd General Manager Dave Dean.  “Jordan has the right experience and tools to develop young talent and build the foundation for a successful NBA G League team.  We are excited to have him at the helm for the Herd in our inaugural season.”