You are here: Home / Archives for Phoenix Suns

Chris Paul poured in 32 points and Devin Booker added 27 to lead the Phoenix Suns to a 118-105 win in game one of the NBA Finals against the Milwaukee Bucks in Phoenix.

Giannis Antetokounmpo returned to the Bucks lineup after missing the previous two games with a hyperextended left knee.  Giannis had 20 points and 17 rebounds in 35 minutes.  Khris Middleton led the Bucks with 29 points.

The loss means the Bucks will have to play from behind after dropping Game 1 of their third straight series.

The series opener for the Suns was their first NBA Finals game in Phoenix since Michael Jordan’s Chicago Bulls won their third straight championship in six games in 1993.  The Suns made their only other finals appearance in 1976.

Prior to this year, the Suns hadn’t made the playoffs since 2010.  Just two years ago, the Suns were last in the Western Conference with a 19-63 record.

The Bucks are making their third finals appearance, having won their only title in 1971.  Their only other opportunity came in 1974.

Devin Booker poured in 30 points and Chris Paul added 28 points and seven assists to lead the Phoenix Suns to a come-from-behind 125-124 win over the Milwaukee Bucks in NBA action on Wednesday night.

The Suns extended their winning streak to four games, while the Bucks five game winning streak came to an end.  Phoenix (15-9) has now won seven of their last eight.

Giannis Antetokounmpo poured in a season-high 47 points, but his 20-foot jumper at the buzzer was off the mark as the Bucks (16-9) finished just short of their sixth straight win.  Giannis made 15 of 23 shots from the field and 17 of 21 from the free throw line on the night.

The Bucks led by as many as 16 points before the Suns took the lead in the fourth quarter.  Khris Middleton added 18 points and Bryn Forbes had 17.  The Bucks played for the second straight game without Jrue Holiday, who is in the NBA’s health and safety protocols.  Holiday started the Bucks first 23 games and is averaging 16.4 points a game.

The Bucks are now 3-1 on their 6-game road trip and will head to Salt Lake City to face Utah on Friday night.

Playing without forward Giannis Antetokounmpo, the Milwaukee Bucks fell to the Phoenix Suns 140-131 on Sunday night in Phoenix.  Khris Middleton scored 39 points and Eric Bledsoe added 28, but the Bucks dropped back-to-back games for the first time this season.

Devin Booker led the Suns with 36 points, 28 of those in the first half.  Ricky Rubio added 25 points, 13 rebounds and 13 assists in the victory for Phoenix.

The Bucks trailed 77-59 at halftime, but they rallied in the second half to make a game of it.  They climbed to within six-points at 134-128 before the Suns hit six-straight free throws to close out the victory.

Giannis Antetokounmpo, after undergoing an MRI on his knee, was diagnosed with a sprained knee in the Lakers game on Friday night.  He didn’t play Sunday in Phoenix and won’t play Monday night in Denver either.

The Bucks will return home to host Boston on Wednesday and his status for the game will be updated then.

The Phoenix Suns came from 10-points down in the fourth quarter to knock off the NBA leading Milwaukee Bucks 114-105 on Monday night.  It’s the first time all season that the Bucks have dropped back-to-back games.

Kelly Oubre Jr. had 27 points and 13 rebounds, Devin Booker added 22 points and Deandre Ayton had 19 points and 12 rebounds to lead the Suns, who have the league’s worst record.  They’ve also beaten the Bucks in both meetings this season.

Giannis Antetokounmpo had 21 points and 13 rebounds, and Malcolm Brogdon added 19 points for the Bucks.

Milwaukee led by as many as 16 points in the first half before falling behind by three points in the third quarter.  Another Bucks charge put them up 10, but they couldn’t hold it.

After losing 17 straight games, the Suns have now won three of their last four.

The Bucks return home to Milwaukee to host the Indiana Pacers at Fiserv Forum on Thursday. 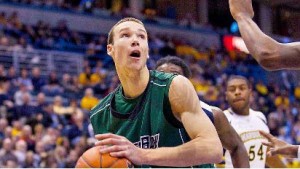 Brown is a 2014 graduate of UW-Green Bay and was drafted in the second round (50th overall) of the NBA Draft by the Phoenix Suns.  He appeared in five games for the Suns during the NBA Summer League before suffering a shoulder injury and underwent surgery. END_OF_DOCUMENT_TOKEN_TO_BE_REPLACED 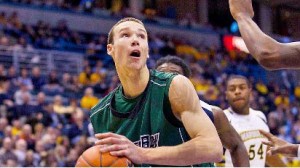 Brown, who has battled shoulder problems during his collegiate career at UW-Green Bay, is expected to miss 3-4 months to rehab.

Brown suffered the injury last Friday in NBA Summer League play in Las Vegas.  He met with Phoenix Suns team doctors on Monday.  The Suns selected Brown in the second round (50th overall) of the recent NBA Draft.

Brown is expected to make a full recovery.